Bayern Munich manager Julian Nagelsmann has spoken out about rumours that have been linking his club to Manchester United superstar Cristiano Ronaldo.

The German champions have been linked with a move for the 37-year-old after it was known few weeks ago that Ronaldo is looking to leave his current club this summer after the club endured a disastrous season.

But officials from the Bundesliga side spoke out publicly to dismiss the rumours, as sporting director Hasan Salihamidzic and Oliver Kahn openly stated that a move for the Portugal international is not on the cards.

And now, the Bayern manager has also revealed his intention regarding signing the former Real Madrid star.

When asked about if he has expressed the wish to sign Cristiano Ronaldo, Julian Nagelsmann said, “I read that too, but that’s not true.”

Ronaldo has also been linked with a move to fellow Premier League club Chelsea lately but a move may not materialise as their manager Thomas Tuchel reportedly has opted against signing him.

And Ronaldo, himself, has rejected a multi-million offer from a Saudi club as he is reportedly not looking to ply his trade in the Middle-East at the moment. 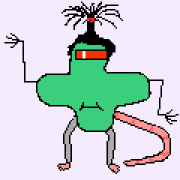